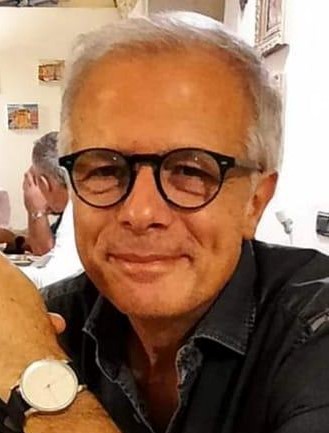 Vittorio Fiore, architect, associate professor of Architectural Technology at the University of Catania (since 2003), PhD in Building and Environmental Recovery (University of Genoa, 1993; thesis reported to the Gubbio ANCSA Award 1996); Specialized in Restoration of Monuments (University of Naples Federico II, 1993);
Researcher at the Federico II University of Naples, where he has been working since 1988. He has taught Construction and Urban Maintenance at the School of Specialization in Building and Urban Maintenance and Management.
He has taught Building Recovery Technologies from 2003 to 2018 and he has been teaching replacement design since 2008 at SDS Architettura, Siracusa. He founded (2007) and directed the ManUrba Research Laboratory,
His research activities range from the recovery of theatrical buildings, to technology transfer in contemporary scenic language, to production processes in the show.
Scholar of theater and scenography, teacher of Scenography and technologies for theater production (ICAR 12) at the DISUM, teaches Forms of multimedia show at the Degree Course in Communication and Entertainment. Coordinates since 2008, in partnership with theater agencies (Teatro "Tina Di Lorenzo" Noto, Viagrande Studios, Teatro "Vittorio Emanuele" Messina, Città di Ebla-Forlì), university internships between research, training, workshops and entertainment (Spazio Teatro: the locations of the scene 2008-2010 ; PLAN_B, 2011-2014 - financing of the Sicily Region, 2013, project with which he won the Premio Feste Archimedee, art & genius 2015, Perspective Theater: scena_tecnologia_arte, from 2015, from 2014 collaborates with the National Institute of Ancient Drama (INDA Siracusa).

He has collaborated with various magazines: Hystrio, arti dllo spettacolo- Performing Arts, Alternatives théâtrales, Arabeschi, Stratagemmi, Engramma (referee), Connessioni remote. Arte Tecnologia-Teatro (UniMi-scientific committee).
He founded in 2007 and directed until 2018 (still part of the scientific committee) the editorial series ManUrba, LetteraVentidue Editrice Siracusa, linked to the activities of the research laboratory ManUrba, which he founded in 2007, at SDS Architettura.
He founded and directs the editorial series Perìactoi (2010) and Perìactoi Quaderni (2017) for LetteraVentidue Editrice, Siracusa.

Main and recent publications on the themes: theater, scenography, technologies for the show and for theatrical production

Training in the field of recovery constituted the background that allowed us to deepen the themes of recovery, reuse, maintenance, diagnostics and degradation in the field of architecture. For many years he taught at the School of Specialization in Building and Urban Maintenance and Management and directed the LMMR research laboratory at the Federico II of Naples. He was part of UNI Commissions.
His research activity currently ranges from the recovery of theatrical buildings, to technology transfer in contemporary scenic language, to production processes in the show. He is interested in temporary modification of non-theatrical places for performative purposes, with particular attention to the consequences of environmental and social recovery.
Recent research topics:
1.Technologies applied to the scenic space and multimedia performance.
2.Recent trends in contemporary scenography.
3. Processes of theatrical production and performing arts.
4. Recovery and reuse of buildings for the show.
He has participated in research activities in agreement with theatrical institutions and institutions related to performative activities (Fabbrica Europa, Union of Theaters of Europe, National Institute of Ancient Drama, Vittorio Emanuele Theater of Noto, Viagrande Studios, Theater of Messina).