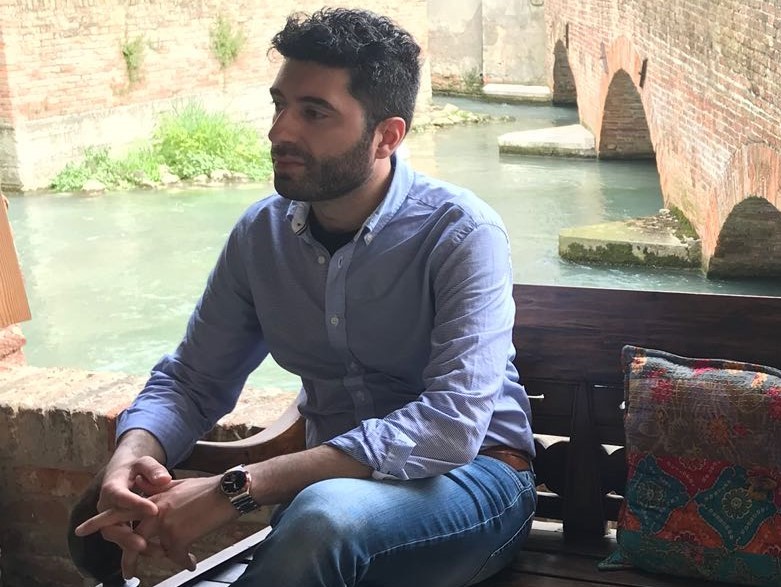 Orazio Portuese (born August 5, 1985) is Associate Professor (‘Professore associato’) of Latin at the University of Catania, where he was previously employed as Researcher (‘RTD-b’).

Trained at the ‘Scuola Superiore di Catania’ from 2004 to 2009, he graduated with honors in Classical Philology at the University of Catania (2009). He then received his PhD at the University of Parma (2010-2012; dissertation on April 24, 2013), and in 2014 he obtained the qualification of archivist and palaeographer at the Scuola Vaticana di Paleografia, Diplomatica e Archivistica (two-year course). He gained the national Scientific Qualification as associate Professor (2015) and as full Professor (2018) in Latin Language and Literature, and as full Professor in Classical Philology (2020). He was recipient of a scholarship (co.co.co.) at the University of Catania (2013) and was later appointed as Postdoctoral researcher at the same University (2015-2017). He was a Visiting Scholar at the University of Heidelberg (2009) and was often awarded scholarships to conduct research in important institutions for classics: e.g. at the ‘Fondation Hardt’ (2010). Since 2010 he conducted research trips abroad at least once a year.

He is member of the PhD committee at the “G. d’Annunzio” University of Chieti-Pescara and tutor at the ‘Scuola Superiore di Catania’ (so far, he tutored 3 Alumni), for which he also usually organizes courses, workshops and conferences. Currently he supervises a Double Degree agreement (Classical Philology – Latinistic) between the Department of Humanities of University of Catania (DI.S.UM.) and the Ruprecht-Karls-Universität Heidelberg, as well as 4 Erasmus Programmes + Key Action between the DI.S.UM. and the Ruprecht-Karls-Universität Heidelberg, the Friedrich-Schiller-Universität Jena, the Universität des Saarlandes, the Democritus University of Thrace, and the Université de Strasbourg.

He is a member of the Editorial Scientific Committee of the series ‘Philohumanistica. Sulle orme degli antichi (Pàtron Editore, Bologna), a member of the editorial board of ‘Pan’ as well as of the commission ‘University’ of the ‘Consulta Universitaria di Studi Latini (CUSL)’. He is vice-president of the Faculty of Arts degree program at the DI.S.UM. and delegate of the Department Director to supervise fellowships and RTD-a projects funded by external funds.

He has worked as an anonymous reviewer for highly respected and refereed academic journals and publishers (mostly ‘A-ranked’-ANVUR for his scientific domain: e.g. ‘Paideia’, ‘Pan’, ‘QUCC’, ‘BStudLat’, ‘Griseldaonline’) and for PhD dissertations (Parma, Napoli). He was PI of a Starting Grant project at the University of Catania (TràdITA (Trad[uzioni] I[imitative] T[ardo]A[ntiche]). L’arte della traduzione. Modelli letterari, formazione scolastica e interazioni culturali in età tardoantica’, 2020-2021). This project has produced several papers and an online Atlas focused on the Fortleben of the Horatian poetry (shortly available as open source). He was a member of the PRIN ‘Musisque Deoque’ (2005, 2007) organized by the University of Venezia.


view the publications
N.B. the number of publications can affect the loading time of the information

Portuese’s scientific interests are focused on the analysis of the manuscript tradition and the exegesis of works by classical (Plautus, Catullus, Horace, Tibullus, Ovid, Juvenal) and late antique Latin-language writers (Ausonius, Epigrammata Bobiensia, Anthologia Latina), in the light of neglected or unknown humanist codices and Renaissance miscellanies. His research method is built on 1) a palaeographic approach to fontes, 2) a critical analysis of texts, and 3) a prosodic and metrical scrutiny of poetic compositions.

He has authored 3 peer-reviewed monographs (all published by fine and reputable academic publishers: ‘Edizioni di Storia e Letteratura’, ‘Giunti-Treccani’, ‘Quaderni di Paideia’, ‘Rusconi’) and several peer-reviewed papers and contributions (most of them in ‘A-ranked’ reviews and/or series). In addition, he is currently working on a handbook on ‘Latin Prosody and Meter” (to be submitted to Pàtron Editore, Bologna under contract).