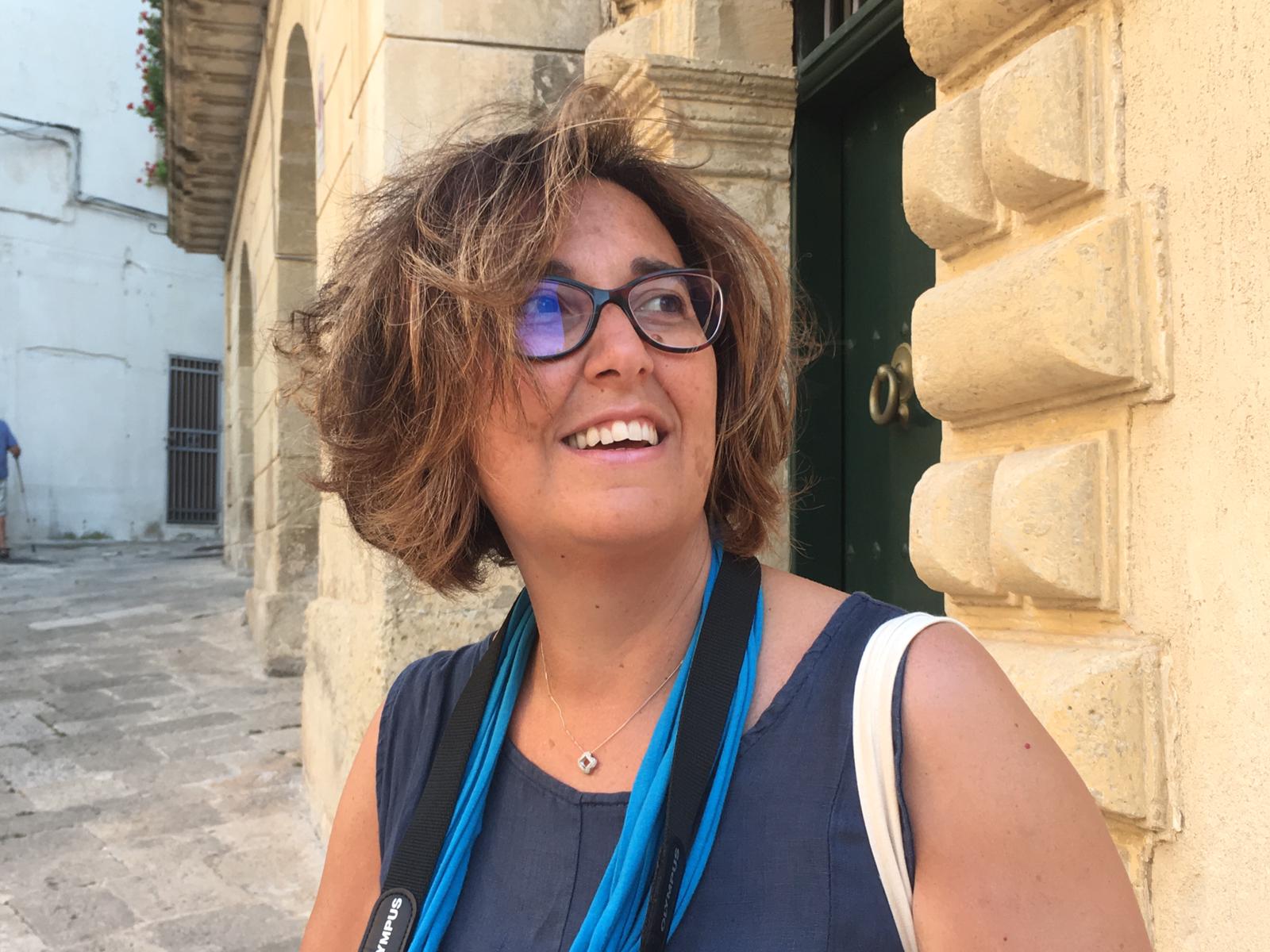 Since February, 2018: Associate Professor of Literary Critique and Comparative Literature, Department of Humanities, University of Catania.

The focus of her research concerns Italian authors of the XXth Century, with a special focus on the overlap of different genres and language styles. Areas of expertise: Literature and visual arts; literature and journalism; XXth Century fiction; Gender studies and Digital Humanities.

2012-present: coordinator of the research group on Literature and Visual Studies set up by the editorial board of the Journal «Arabeschi. Rivista internazionale di letteratura e visualità» (University of Catania, Scuola Normale di Pisa, Parma, and Milano “Cattolica” University).

The main topics tackled by our research effort so far are the following (all have been published within the "Gallery" section of the Journal): the Classics revisited by cartoon and graphic novels; visual and gender studies; poetics, praxis and figure del “doppio talento”.

Since 2016, the Journal has been hosting a collaborative dialogue with FAScinA ("Smarginature" section) which regularly publishes the preview of the reports from the yearly Forum.

2017-present: Research team member within the OPHeLiA (Organizing Photo Heritage in Literature and Arts) project, funded by Departiment of Humanities, University of Catania (Progetto Prometeo – Linea 3). P.I. Maria De Luca. The project aims at drawing a cultural map of the San Berillo neighbourhood in Catania. Her task is to collect and identify sources and documents related to literary stratification in the area and its relation with photographic representations.

2014-2015: Research team member within the FIR 2014 project, funded by the University of Catania and devoted to the topic: Le relazioni pericolose. Libertine, libertini e libertà tra contemporaneo e postcontemporaneo (P.I. Attilio Scuderi).  Her contribution explored the intersection between the origin of libertine philosophy and its contemporary legacy, with a link to feminist and queer theories, especially in relation to the works of Goliarda Sapienza. Her works have been analysed within a perspective inspired by gender and spatial studies, with reference to the most recent and innovative theories of gender geography. The outcome of such research effort have been published by Carocci in the volume: Goliarda Sapienza: gli spazi della libertà, il tempo della gioia.

2009-2010: Research grant in Film, Photography and Television Studies (L-ART/06) within the research project “La ville lumière. Interactions between cinema and urban identity", Faculty of Humanities and Philosophy, University of Catania. This grant allowed her to further extend the scope of her research in the field of visual arts and literature, with a special focus on their interactions with photography and cinema. Her case study was Leonardo Sciascia, and the material she produced about his work have been collected and edited in the volume Sorpreso a pensare per immagini. Sciascia e le arti visive (ETS, 2013).

2004-2008: Research grant in Contemporary Italian Literature (L-Fil-Let/11) within the research project "Syracuse - a city of memory: words and images in contemporary literature", hosted by the Faculty of Humanities and Philosophy of the University of Catania. A four-year grant which gave her the opportunity to pursue a specific area of interest in visual cultural studies. She focused on Elio Vittorini and his various takes on visuality. At the conclusion of the research, she edited the reprinting of the photographic edition of Conversazione in Sicilia (Rizzoli 2007). The visual approach was applied to the study of other contemporary writers as well (Consolo, Buzzati, Calvino, Sciascia). Her research on Calvino was included in the publication Sguardi dall’opaco. Saggi su Calvino e la visibilità (Bonanno 2008).

1999-2001: PhD in Italian Studies (Lexicography and semantics of literary Italian language) at the University of Catania. Thesis topic: A lexicographic analysis of the works by Pier Paolo Pasolini: L’usignolo della Chiesa Cattolica; Le ceneri di Gramsci; La religione del mio tempo. Scope: a lexographic analysys aimed at highlighting the visual poetry of the Author, the dynamics of the ekphrasis and the affinities between visual and literary dimensions (which were extraordinarily important in that period, marking the dawn of the Author's cinema production). The outcomes of her PhD Thesis were since re-elaborated and revised according to the ongoing development of visual studies as a discipline, and they have been published as the monographic title Una terra che è solo visione. La poesia di Pasolini tra cinema e pittura, Lentini (Siracusa), Duetredue edizioni, 2015.

2000-2018: She attended several national and international conferences either as speaker or official guest.

2015-present: Member of the Editorial Board of the Journal «Siculorum Gymnasium» (www.siculorum.unict.it).

2015-present: co-founder and co-director of the Collection «I quaderni di Arabeschi», Duetredue edizioni. This is a spin off of the Journal "Arabeschi".

2013-present: Member of the Committee of Referees for the reviews  «Le Forme e la Storia», «Allegoria» and «Engramma».

2009-present: Member of the editorial board of the Mod Journal «La modernità letteraria»

2017-present: Delegate for the Third Mission of the Department of Humanities, University of Catania.

2017-present: In Charge of the ongoing collaboration between the Department of Humanities, University of Catanbia, and the cultural association Leggo. Presente indicativo.

2017-present: Coordinator of the Seminars within the Med Photo Fest, promoted by the cultural association Mediterraneum.

2015-2016: Coordinator of the interdisciplinary research lab. on "La letteratura e gli altri saperi (Literature and the other fields of Knowledge), Scuola Superiore, University of Catania.

2013-2016: Member of the Academic Board of the PhD stream on Heritage Studies, University of Catania.

2012-2017: Delegate for the Library services of the Department of Humanities, University of Catania. 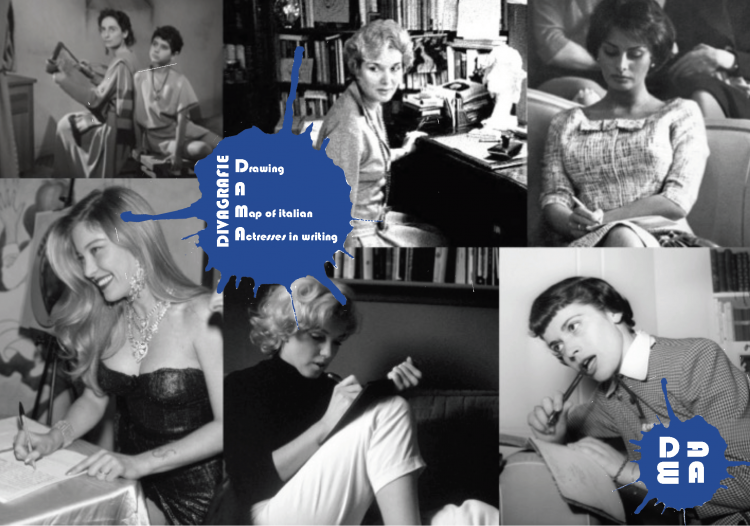 Building on well-established studies concerning the different articulations of stardom, the D.A.M.A. research project aims to draw attention to an under-investigated and “unforeseen” aspect of Italian female stars, namely their activity as writers. Actress-writers are in fact quite numerous, although their work has been totally overlooked. The D.A.M.A. project therefore intends to map this still unexplored territory, through the analysis of the phenomenology, characteristics and historical evolution of DIVAGRAFIE, that is, of the different forms of writing produced by Italian actresses, as defined by Rizzarelli (2017). Due to the hybrid nature of DIVAGRAFIE, combining the performative dimension and the act of writing, the project will be carried out by a network of scholars with different disciplinary backgrounds. The research work will be articulated in three phases: recognition and retrieval of texts produced by Italian actresses; analysis of these texts through interdisciplinary approaches; their dissemination with the creation and implementation of a digital map (DIVAGRAFIE portal).

The Catania unit will specifically focus on the literary dimension of DIVAGRAFIE, and more precisely on the typologies of texts and critical categories related to fiction writing. First of all, the unit will reflect on the issue of “double talent”, trying to extend such category - developed within the field of visual studies - to the relationship between literature and performance, in order to test its hermeneutic productivity. In particular, the unit will examine the production of actress-novelists, that is, actress-writers who have experimented with fictional models, thus creating fully-fledged literary works. In this perspective, the unit will take into account the exceptional cases of Goliarda Sapienza and Elsa de’ Giorgi. Although an extensive literature exists on Sapienza, there are still many areas of her oeuvre that need to be investigated, such as for instance drafts and unpublished works (among which the unfinished novel on Luchino Visconti) and the letters preserved in the private archive Sapienza-Pellegrino. In particular, the unit will focus on Sapienza’s theatrical career - still lacking proper academic attention - with the idea that it is precisely in her stage acting practice that lies the key to understand the relationship between literature and cinema. As for Elsa de’ Giorgi, her literary production has been almost completely neglected by scholars and critics during the past few years, although the recent reissue of her 1992 fictional memoir Ho visto partire il tuo treno (2017) may encourage new scholarly attention to her writing career. Except for this last text, de’ Giorgi’s other works have never been reprinted and therefore they shall be retrieved during the phase of recognition. After retrieval, these texts will be examined in relation to more general contemporary literary trends (I coetanei, 1955, for instance, can undoubtedly be included in the literary canon of works inspired by the Italian Resistance Movement), with specific regard to their original contribution to the broader field of DIVAGRAFIE.