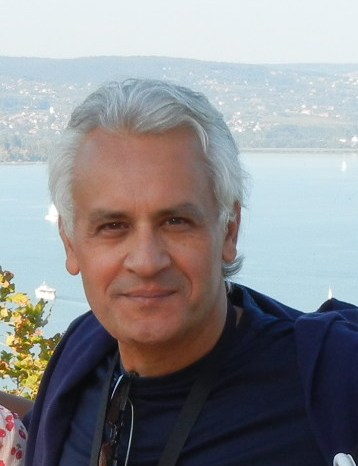 -Andrea Manganaro is Professor at the University of Catania, Department of Humanities. In March of 2017, he received unanimous approval as Full Professor of Italian Literature by the Italian National Scientific Qualification Committee.

-  His publications and research interests cover several aspects of Italian Literature.  The main focus of his research is the relation among forms, genre and meaning in literature. In particular:

Benedetto Croce narrator and critic between the nineteenth and twentieth century;

He is co-editor of the «Annali della Fondazione Verga»  and is part of the board of editors of «Le forme e la storia», both ranked as class A journals by ANVUR (Italian National Ageny for the evalutation of Universities and research institute).

He is co-director of the collection Scrittori d’Italia (“Writers of Italy”) and director of the collection Insegnare Letterature (“Teaching Literature”) (Bonanno editore). He is part of the scientific committee of the «Archivio Nisseno»  and of the international scientific council of  «Italianistica Debreceniensis», of the scientific committees of various editorial series (including “Letteratura italiana. Saggi e strumenti”, FrancoAngeli, Milano, directed by Gian Mario Anselmi, Pasquale Guaragnella, Francesco Spera). He is referee of numerous scientific journals of Italian Studies ranked as class A journals  by Anvur.

- He has participated to several national and international conferences both as a presenter and as an organizer.  He is a member of the AATI (American Association of Teachers of Italian) and has attended AATI conferences both as an organizer of panels and participant. He had held numerous conferences and lectures invited by several Universities such as the University of Toronto, Department of Italian Studies (where he held two "Goggio lectures", on Verga and De Sanctis),  and Toronto-Mississagua, Department of Language Studies (Ontario, Canada), Dickinson College (Pennsylvania, USA), University of Paris 8 (France), Turku (Finland),  Murcia (Spain), Liege (Belgium),  Düsseldorf (Germany), Athens (Greece), Debrecen (Hungary), Szombathely-Nyugat Magyarorszagy Egyetem (Hungary), Warszawa (Poland).

- He is a member of the Academic Senate of the University of Catania. He is delegated by the Director of the Department of Humanities in Continuing Education and Ranking Monitoring.

- Andrea Manganaro is a member of the Academic Senate of the University of Catania.